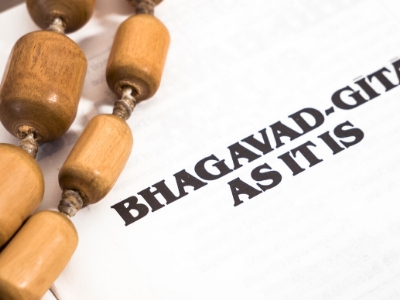 The Mahabharata is a literary treasure of India. It is the most extended epic script in the world and was composed by the Sage Vyas several thousand years ago from which the Hindu’s sacred text called Bhagavad Gita was extracted. It is a text to show the right pathway to lead a life, and many business people can get their modern management lessons from Bhagavad Gita itself.

A Brief Background of Mahabharata

Mahabharata is based on rivalry amongst two families, namely Kauravas and Pandavas. Dhritrashtra, the blind king of Hastinapur, had a hundred sons, Duryodhana and Dushasana being the oldest. They were known as the Kauravas.

The Kauravas had five cousins called the Pandavas, namely Yudhishthira, Bheem, Arjuna, and the twins Nakul and Sahadeva. The Pandavas married Draupadi, the daughter of Drupad. This union made them powerful, and so the Kauravas were intimidated.

Duryodhana always envied the Pandavas, which led to cruelty and enmity since childhood. His evil uncle, Shakuni, devised the plan to defeat the Pandavas and take Indraprastha from them and conquer Hastinapur.

Before the onset of the cruel war, Arjuna asked his dear friend, Lord Krishna, to support him during the battle. Krishna agreed, became Arjuna’s charioteer, and gave him exceptional lessons that formed the essence of Bhagavad Gita.

The Pandavas were much more talented than Kauravas, and under the guidance of Lord Krishna won the war. However, the great sorrow in their camp for having lost Kauravas couldn’t be denied.

Bheema once uttered, “We have won the battle, but what a cost we had to indemnify!” Krishna consoled them and said, “Do not grieve over the past Yudhishthira. Go back to Hastinapur and rule it wisely!”

So, the Pandavas returned to Hastinapur and ruled it well for many many years.

Standing Up for Your Team and People

Lord Krishna had complete faith in Arjuna’s ability, which motivated him to take on the battle. You should show others that you believe in your team’s capacity to live up to certain expectations, deliver on promises, and achieve critical goals. Consider everyone as a leader, and they will have a sense of mutual accountability. If you force someone to do some work, you get what you desire but not up to the mark. But if you set them free and make them accountable or own that task, you will get more than you wanted.

The lesson is each person has perspectives and attitudes towards his work so that leaders should always be standing with their team and people.

Pandava’s core values were nurtured by Lord Krishna itself, basing it purely on ‘Dharma’ that is reinstated upon the truth. A value system supported upon the truth and the Dharma designates righteousness in every task that is complete. Each one of us is born with this “sacred responsibility that we must fulfil during this lifetime.” For Arjuna, it was the duty of being a warrior at the time of war. But for us, it may be the responsibility of being a good parent, child, spouse, or friend.

Scared duty refers to the moral order that sustains the cosmos, society, and the individual. We can all utilise this recommendation to help us manage our obligations in life and see them not as burdens, but as our sacred duties.

Ease of Accessibility For Your People

As we know that for this, one must be clear about the ‘Dharma’. Shri Krishna helped both sides – Pandavas and Kauravas. We are aware that, for Duryodhana, he gives him his entire army, and for Arjuna, he becomes a personal charioteer. So it means lord Krishna believed in, to treat everyone equally’. One more thing that Lord Krishna said to Arjuna in Bhagavad Gita, that we have to always be ready for change according to our situations, this is the sign of how you are to be Accessible for your people and team or friends.

Genuine leaders are the ones who are invariably accessible to everyone regardless of friends and enemies. He is very well aware of what is ‘DHARMA’; a true leader will always follow ‘DHARMA’ and plan his strategy accordingly. A perfect example of such a leader was Lord Krishna. He helped both sides of the war but was very well aware of where truth resides, so he made Pandavas extremely motivated and showed a single, crystal-like clear path. And if someone faces problems that anyone can seek the guidance of such leaders without hesitation.

In Mahabharat, Pandavas’ vision was the truth and greed free as they wished to win the war without the desire of kingdom, money, or any resource, although they had a clear mission, ‘revenge’.

Lord Krishna was with Pandavas, ‘THE TRUE PEOPLE’ while he gave his vast army to Kauravas, ‘THE UNJUST PEOPLE’. Due to this fact, Kauravas had 11 divisions of the military, while Pandavas had only seven divisions. Lord Krishna had a clear vision, ‘Victory of truth over Evil,’ and a clear mission to win the battle with Pandavas, who thought they had a smaller army.

On the contrary, Kauravas were fighting the war with their grievances with Pandavas, which eventually made them weak as their minds were curbed with different thoughts and visions. And at the end, Kauravas lost the war.

You and your employees should work as a team and be aligned with the same mission and vision. It must be the foremost principle of teamwork, whether you’re just starting up your company or having been established already. You will begin to notice the buildup of strength and determination within the team members. It also helps in motivating the team members over a common goal to produce remarkable results. 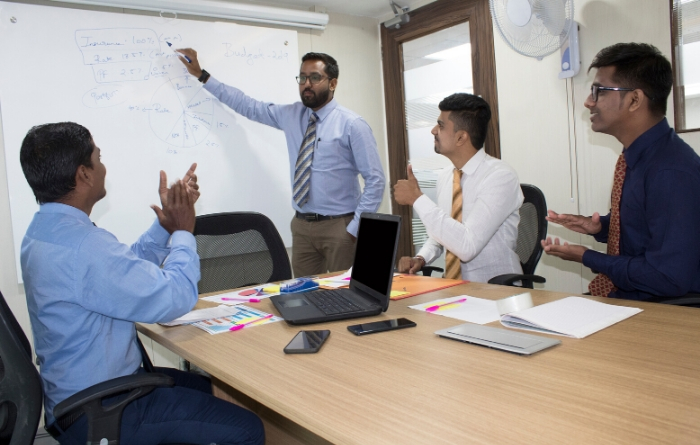 Stick to Your Goals and Work Culture

Daivi Sampat, is a Sanskrit word where “Daivi” means “Shakti” in Hindi that we can also refer to as divine, and “Sampat” means “Samapti” which means “Wealth,” or we can say that “Perfection” so Daivi Sampat means divine perfection. In Daivi Sampat, the most privileged philosophy is “Dharma,” also referred to as cosmic law and order. Some pure deeds must be performed, self-sacrifice & selfishness must be practised to get this divine wealth. It brings genuine frame of mind and helps in spreading positivity for oneself and all other people.

We can tell that this festival initially began in Gokul and slowly immersed the Mathura region and later on the whole Uttar Pradesh state. Even after 1000 years, the entire country rejoices the birth of Lord Krishna as he is the epitome of love, faith, friendship, and peace.

Krishna is the most captivating, happy space within all of us. When there is no restlessness, worry, or desire in mind, you can get deep rest. And it is nice that Krishna is born.

The meaning of Janmashtami is that it is time to give a wave of joy in community. Become seriously joyful!