What Is Election Day in India All About? 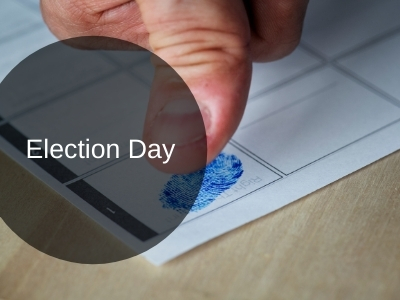 India is a democratic country with multi-linguistic and cultural diversity and the seventh-largest country in the world, with a population of more than 1.3 billion. In a country with such demographics, the government finds difficulty in sustaining democracy. Elections play a vital role in democracy, and people have the right to elect the government of their own choice. Every Indian citizen who is eighteen or above has the right to vote and elect the government of their choice. Election Day is celebrated every year as a public holiday to celebrate the country’s democracy.

The Election Commission of India (ECI) holds elections throughout the country. To mark their commencement, the congress government initiated Election day in 2011. Dr. Manmohan Singh proposed January 25 to celebrate the National Election day.

ECI is a vital body of democracy that governs elections and sets rules and regulations to ensure election campaigns’ proper functioning. We cannot neglect their contribution to form an unbiased government that works for the welfare of every citizen of India.

Things to Do While Celebrating Election Day in India

As an individual, you can participate in several campaigns across the nation every year to encourage the young generation to participate in the election process. Here are some things to do:

How Is Election Day in India Celebrated?

On account of Election Day, the Election Commission organizes programs every year based on different themes. These programs speak about the Election Commission’s contribution in forming the organs of the Indian government. A national award-giving ceremony takes place to honour people of the commission and from the media for their excellent contribution and innovation in promoting elections across the nation.

This ceremony recognizes the hard work of election machinery, different government departments, and the media. Moreover, the government organizes campaigns to promote the role of elections in a democracy.

Venues and Special Events for Celebrating Election Day of India

The Election day of India is celebrated every year at various locations throughout the nation. Last year, the celebration took place at more than ten lakhs locations. Some of these venues are as follows:

The Election day of India is celebrated every year in the country’s capital city, Delhi. The program takes place in the presence of the President of India. The celebration begins with greeting the honourable President with a bouquet by the head of the Election Commission.

Many cultural events include folk dance, music, drawing competition, etc., based on different themes. The President delivers a speech to encourage youth to participate in the election. After the President addresses the crowd, the event continues in harmony.

The celebration of Election day flourishes in the different state and district headquarters all over the country. The chief minister of the respective state addressed the people gathered along with media and publication houses. The speech focuses on the vital components of the election and voting.

Some state authorities conduct mass rallies to develop a feeling of responsibility in the youth generation towards the country. Any individual who gives a vote contributes to the formation of a democratic government.

The authorities in charge of some polling stations award certificates of appreciation to encourage participants. It helps in setting the tone of the election activities and in promoting voting education.

The educational hub plays a vital role in spreading the importance of voting in the youth. Many educational institutes conduct seminars, debates, and quizzes for their students. These activities set on themes related to the election to express gratitude to the commission. Some institutions also organize exhibitions to showcase the electoral procedures.

Go to Top
This website uses cookies. We will assume you are fine with this. You can opt-out if you want to.AcceptRead More