How Holi is Celebrated in India 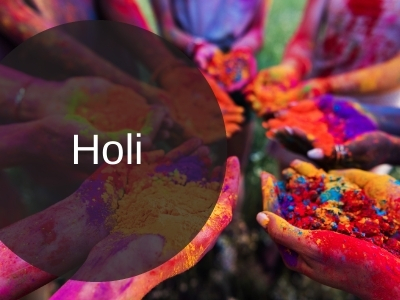 People celebrate Holi to show their devotion to Lord Krishna who used to be a prankster, throwing colours and water on village girls. Holi also denotes the commencement of spring and the end of winter. Furthermore, the festival signifies thanksgiving for the season’s abundant harvest. The celebrations of Holi are seen more in places like Mathura or Vrindavan. They are in Uttar Pradesh, the state where Krishna grew up. In those places, Holi starts a week earlier.

Holi is the most colourful and popular Hindu festival, celebrated with zest and joy all over India. It usually falls on the full moon day in the Phalguna month, though the date of the festival varies in different regions in India. The festival is a metaphor for the triumph of good over evil and has many legends linked to it, such as the demoness Holika’s story. Holika met her end because of Prahlad’s prayers to Lord Vishnu, the revered Hindu God.

How Do We Celebrate Holi in India?

Holi celebrations are very colourful and full of fun and excitement in rural and urban areas of India.
These are the typical ways in which we celebrate the grand festival:

What to Do During Holi in India? 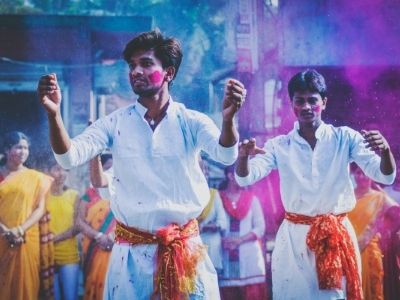 Holi is a festival celebrated in a carefree manner and is great fun if you do not mind getting soaked in water or smeared with coolers all over. People today are more conscious of environmental issues and are realizing the effect of chemicals on the skin. They are opting to play Holi in an eco-friendly manner, using less water and using organic instead of chemical colours.

Here are some tips that will come in handy while celebrating Holi:

Holi, a public holiday, is the festival of colours and is a wonderful opportunity to bond with friends and relatives. It is a perfect opportunity to reunite with all those with whom you have had resentment, miscommunications and anger. Let it go and make love this festive. It is a festival where people of all ages, religions, or castes come together to participate that offers plenty of fun and excitement.