How Republic Day is Celebrated in India 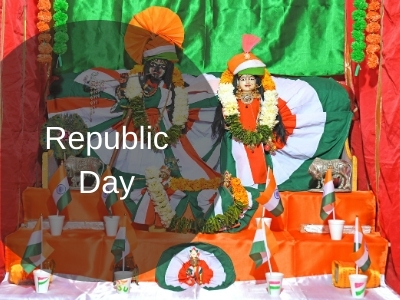 Indians proudly celebrate Republic Day in a unified manner, irrespective of caste, language, or religion differences. For Indians, this is a wonderful opportunity to celebrate our culture and showcase our unity.

The national holiday Republic Day is celebrated enthusiastically all over India. It was on this day that our constitution was brought into effect in the year 1950, making India an independent nation. India got independence on 15th August 1947, but it did not possess a permanent constitution then.

The constitution came in place of the Government of India Act, 1935 and became the new governing document. Since 26th January was the day when the Indian National Congress revealed the Declaration of Indian Independence to oppose the British, it was chosen as Republic Day. The day is celebrated to honour the constitution, which started to be implemented from this day.

How Do We Celebrate Republic Day in India?

All states in India celebrate Republic Day, but the celebrations in New Delhi, the capital city of India, hosts beautiful events which makes it stand out from any other state. The main highlight of the Republic Day celebrations is the parade in Rajpath, New Delhi. The Indian President and Prime Minister are present in the event.

Similar to the celebrations in New Delhi, each state has its own parade on the occasion. The day starts with the Prime Minister honouring the Indian armed forces personnel, who sacrificed their lives, by laying a wreath at India Gate.

Other Events That Happen on Republic Day

The three-day event also comprises of these events:

Marking the end of the celebrations is the Beating Retreat Ceremony that takes place at Vijay Chowk on 29th January. The President is the chief guest, accompanied by PBG (President’s bodyguards). Their commander asks the unit to give the President the National Salute. After that, the Massed Bands play the National Anthem, and we unfurl the National Flag There are performances by the bands belonging to various Army regiments and also the Navy and Air Force.

What to Do During Republic Day in India?

Youth in schools and colleges celebrate Republic Day as well. It is a big honour if your school or college gets selected for the parade or other cultural programs. You need several days of practice for the dance performances during the Republic Day parade.

Ways in Which You Can Celebrate Republic Day in Your Society

Here are some suggestions regarding how you can celebrate Republic Day in your society: