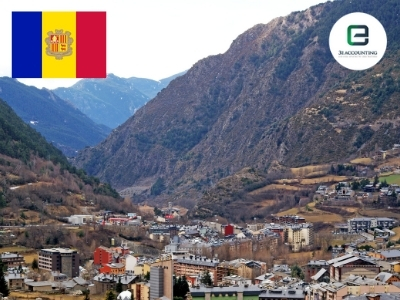 Andorra may not be as popular as Switzerland, China or the United States but this microstate located on the Iberian Peninsula. It is definitely a place where big buck global investments are. And as such, legitimate entrepreneurs from around the world seriously consider the idea of company registration in Andorra.

Known for their economic climate embarking on a free market, no less than the World Bank [WB] picked Andorra to be part of the elite list of countries with the phenomenally high gross domestic product per capita.

It’s per capita income is even higher than the adjacent countries of Spain and France.

What makes investors consider company registration in Andorra is its sophisticated infrastructure. It is embarking on a distinctively remarkable micro-fibre-optic network. Also, it is linking each and every Andorra-based individual, government offices, private entities and non-government institutions.

Interestingly, this country is just a microstate. It is officially referred to as the Principality of Andorra.

Since Andorra shifted from an old structure embarking on feudalism to parliamentary democracy in 1993, its state leaders opened the state to foreign investments.

Aside from opening its economy, the government of Andorra also developed its tourism potential. It is shown by the entry of eight million tourists per annum. Among the reasons why tourists visit Andorra include its winter sports, summer climate – and guess what, duty-free shopping.

As for investments, its government meticulously crafted an economic policy that compelled investors to consider company registration in Andorra that offers tax perks.

Its financial system, which boasts of a mature banking system and low-interest rates, is also a top consideration for the influx of big-buck investments.

Is Andorra rich? Yes, it is and has become even richer with the influx of foreign investments who have found Andorra’s banking system a favourable factor for their business operations.

The government’s reforms translated to broader infrastructure. It is further fuels its drive to attract more foreign entrepreneurs to consider the idea of company registration in Andorra.

The microstate also gets to effectively utilize its small territory by formulating a comprehensive land-use program that assigns a place for each type of usage. Agricultural activities in one place, industries, tourism, forestry, mining, commerce and trade in separately designated places.

Among the biggest industries in Andorra embarks on tobacco, tourism, manufacturing, trade and commerce.
What attracted most foreign investors to consider company registration in Andorra is its close ties with the European Union. In fact, Andorra – despite being a non-member state of the EU, Andorra uses the euro as its legal tender.

Forty per cent of Andorra is embarked on agricultural production, while 34 per cent of its territory is into forestry. The remaining 26 per cent is for mixed-land use.

But even as such, Andorra managed to sustain a manufacturing output which translates to revenue and employment among its citizens. Among the commodities that they are exporting abroad include sheep meat, perfumes, cosmetic products, print materials, clothes, tobacco, furniture, electrical machinery and equipment.

The central government made sure that despite small territorial jurisdiction, their microstate would still be able to provide enough room for more investors who may want to consider company registration in Andorra.

There are actually three laws that their parliament has approved — a law providing a streamlined bureaucracy on company registration in Andorra in October 2007, another law governing business accounting in December of the same year and another law on foreign investments in April 2008 [and amended June 2012].

There are other laws governing taxes which were passed years later. These tax laws are basically designed to attract more foreign investors to do business in Andorra.

Andorra, with all certainty, is a promising place for both local and foreign investments. However, before trying to register a company in Andorra, it is advisable to seek the help of a reputable business advisor service firm with the familiarity and expertise in the business registration process in this microstate.

On this note, allow 3E Accounting to help you register a company in Andorra.

We embark on excellence, efficiency and economy. We deliver results, for less. Or your money back.