Heads Up on Withholding Tax if You Are Earning in India 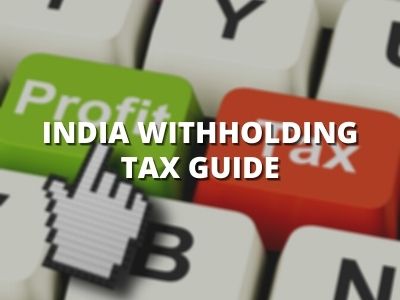 During the tenure of working and earning income in India, a foreign national person could have a status of resident or non-resident taxpayer. Naturally, an Indian resident originates from India. But, for a foreign national to obtain resident status, a stay of more than 182 days in the previous year is all they need. If they had accumulated more than 365 days in the past five years, they would qualify to become residents. In this case, their income is subject to personal income tax. If they do not meet the criteria above, they are simply non-residents. Then again, non-residents are subject to withholding tax as provided in the Tax Law. Non-residents income will have a portion withheld and paid to the government through the payer. They are not liable to pay the tax directly to the host government.

There is also a possibility of reduced withholding tax rates due to India signing Double Taxation Avoidance Agreement (DTAA) with other countries. The above rates are applied to non-residents that do not sign a DTAA with India.

Non-residents in India are subjected to withholding tax. From the moment they render services, a portion of their pay is to be paid as tax to the government. There are many conditions to how and where withholding taxes rates apply to the payment of income. It seems like withholding tax tedious, but this India withholding tax guide is meant to provide the gist of withholding tax in India. For more information on India’s Taxation, contact us today.