Your Stay in India Decides Whether You Are Subject to Tax 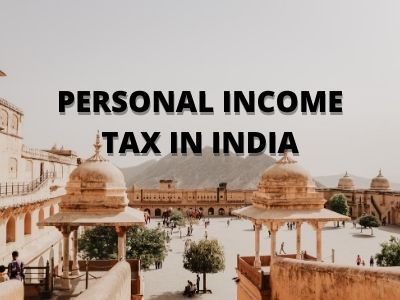 When we say residential status, it means how long you have stayed in India. For some countries, they are particular about your affairs in their country. For India, if you have stayed for more than 182 days, you are considered a resident taxpayer. It does not matter if you reside for leisure or business affairs. As long as you hit the mark of 183 days in India, you are to pay tax. All the more if you are earning an income here. There is a term for those who belong to this category, and they are called Resident but Not Ordinarily Resident (RNOR). If you are an Indian citizen, by the tax law, you are called Resident and Ordinarily Resident (ROR). If you are a foreigner and have only stayed in the country for less than 182 days, you are a Non-Resident (NR).

Currently, India practices three taxable income brackets. It applies to an individual for the financial year of 2020/2021. The following income bracket is in Indian Rupees (INR):

Under the three taxable income brackets, an individual can claim for specific tax exemptions such as leave travel allowance, house rent allowance, exemption of free food provided by employers, the standard deduction for professional tax and many more.

Recently though, under India’s Union Budget, there is a new individual income tax regime in place. It coincides with the current tax regime. The features of the latest income tax system are that it has a lower tax rate across six levels of income. The following demonstrates how the new individual tax regime takes place:

Unfortunately, if the individual taxpayer in India chooses to pay tax based on the new individual income tax regime, they would have to forgo the current specific tax exemptions altogether.

If an individual total income in India exceeds INR 5 million, there is a further surcharge percentage of the total revenue that taxpayers need to pay up.

For every individual taxpayer, there is a health and education cess of four per cent of the income tax that will be collected to each individual effective tax rate. Personal income tax in India also has rebates. A resident can qualify for a tax rebate if they belong to the lower-income bracket. The discount amounts to INR 12,500, where the total income is below INR 500,000.

As most countries deploy tax regime, India’s tax regime is pretty impressive. Individual income tax in India makes you rethink how effective the practice is that it covers extensive income levels to all of its citizens, including the converted resident and non-residents.