A Look at the Indian Rupee Currency 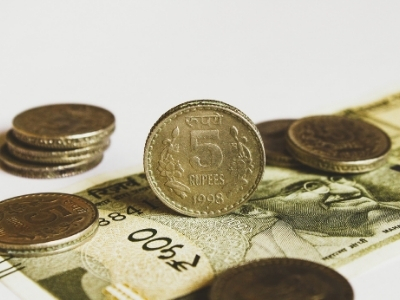 The Indian rupee currency, like any money, has an interesting history behind it. While people know the value of the money they use regularly, they may not always think about the developments related to it through the years, even centuries. The thing is, the Indian rupee currency, if it can speak, can tell you many things about how the country has progressed. But before we get ahead of ourselves, let us discuss the very beginning.

The History of the Indian Rupee

The term “rupee” came from the Sanskrit word “rupyakam,” which means “a silver coin.” The latter has an origin from the word “rupiya.” Sher Shah Suri issued it in the 1540s. This silver coin use was continued in the Mughal period, the Maratha era, and British India. The public began using Indian rupee currency in 1770, with the Bank of Hindostan, General Bank of Bengal and Bihar, and Bengal Bank issuing the notes.

In 1950, the Reserve Bank of India issued the country’s first post-independence coins. This development also led to the Hindi language being featured prominently on new notes issued by the said bank a few years later. In the early 1960s, the bank decided to reduce the size of the notes because of the lean period.

In the late 1980s to early 1990s, stainless steel coins were introduced in circulation.

The Reserve Bank of India introduced the Mahatma Gandhi series of notes in 1996 with denominations of Rs 10 and Rs 500. This replaced all the notes of the Lion capital series. In 2010, the country adopted a new symbol for money.

With a monetary policy in place, the central banks can control the inflation rate in the country. Inflation refers to the rate of increase in consumer prices, which affects the public’s purchasing power. The Reserve Bank of India, for its part, uses various monetary policy tools such as repurchase option rate, reverse repurchase option rate, and cash reserve ratio rate, among others.

The primary goal of monetary policy is to maintain price stability in India. At the same time, it considers the growth initiatives and objectives of the country. Note that price stability is a prerequisite for any country to book consistent economic growth.

To stabilize the prices, the Reserve Bank of India puts measures to control inflation, setting an inflation target every five years.

The amended Reserve Bank of India Act also mentioned that the central bank should operate the country’s monetary policy framework. This framework’s goal is to set a policy rate according to the current assessment of India’s macroeconomic developments.

The paper Indian rupee currency or bank notes have the denominations of 5, 10, 20, 50, 100, 500, and 2,000 rupees. These denominations are printed in 15 languages on the reverse side of the paper. On the other hand, the front side bears denominations printed in Hindi and English.

The Reserve Bank of India frequently gives these banknotes a fresh look, updating them with new designs. A great example of this is the changing of the old Mahatma Gandhi series to a new one. The new version shows the rich heritage of the country.

Given that the country is a cash-based economy, the Reserve Bank of India has to heighten the security features through the years by updating and changing the Indian rupee currency notes. This is to avoid the circulation of fake currency. Usually, the money in higher denominations is the ones being counterfeited by the money launderers and even terrorists.

Meanwhile, coins come in denominations of 50 paise, one rupee, two rupees, five rupees, and ten rupees. Take note that a paise is 1/100th of a rupee’s value. The 50-paise coins are called small coins. Coins amounting to one rupee and more are called rupee coins.

Indian rupee currency followed the Bretton Woods system from 1947 to 1971. At the time, the country was among the multilateral organization International Monetary Fund (IMF) members. Such an exchange rate system was the par value system of the pegged exchange rate. The system directs each IMF country member to define their currency valuation in gold or US dollars.

From 1971 to 1992, the UK point sterling defined the Indian rupee currency.

In 1992 and to the present time, the country uses the Liberalized Exchange Rate Management System. How did this come about? In 1991, the Indian rupee currency underwent two-step devaluation by the Reserve Bank of India. This ended the pegged exchange rate system, which led to the introduction of the current scheme.

Under the current exchange rate system, the Indian rupee currency was made to be partially convertible or known as a dual exchange system.

The Future of Indian Rupee

The Indian rupee currency, according to reports, will be able to gain some strength anew after the pandemic is over. The confidence arises from the following factors:

The story of the Indian rupee currency has come a long way, but it still has a long journey ahead. And it looks very sunny.