The History of India 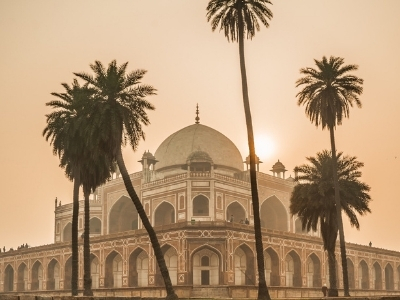 Part of doing business abroad is understanding local customs and culture. Knowing what to expect will help you make better business decisions, and that is why understanding the history of India could help you.

One of the Oldest Civilisations

Did you know that India is one of the oldest civilisations in the world? It has an incredibly rich cultural heritage. Over the years, India has managed to achieve well-rounded socio-economic progress after it gained Independence.

India is the 7th largest country in the world. Throughout the history of India, you’ll find stories of thriving civilisations, religions, beliefs, and cultures that date as far back as the Palaeolithic age. As one of the oldest civilisations in the world, it has played a part on the world stage for centuries.

The first string of settlements in India was along the Indus Valley area. The societies that sprung up there were surprisingly very urbanised because the land was rich and easy enough to cultivate. There was even evidence of built-in sewage systems and public baths. This highlights how India was well ahead of everyone else when it came to urban planning.

The Vedhas primarily form the basis of Hinduism and the ancient Indian culture. India also practices the caste system. This is an ancient practice born when the Aryan people of India tried to use social hierarchy to maintain political stability in the country. The caste system is something that continues to exist even today.

The Vedic traditions continued to evolve throughout the first millennium BC. It was then the Upanishad, a new philosophical way of thinking, cropped up around this time too in the history of India. The Upanishads form the core of India’s philosophy. It is in the Upanishads where ideas of karma, the cycle of reincarnation, and our duties as human beings, and the consequences of our actions are discussed.

The Ramayana and Mahabharata

Probably one of the most recognisable names in all of the history of India is the name of Siddhartha Gautama. Nearly everyone knows the story of how the secluded prince left his life of luxury to find enlightenment and Nirvana. Siddhartha Gautama, now commonly referred to as Buddha, founded Buddhism and its teachings.

A Strong, Diverse, and Cohesive Culture

India is a culture that is strong, diverse, and cohesive, and it is still going strong today. Many of the traditional beliefs and traditions still hold strong to this very day. The locals are a firm believer in their traditions and hold strong to many of them, even within a business environment. This is something all entrepreneurs should keep in mind before embarking on a business venture here.