Exploring the Rich and Diverse Culture of India 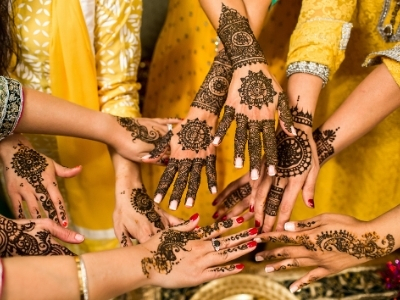 From country to country, the culture and the style of work varies. India is no exception. It is important to grasp the fundamental approach to the business of each country you intend to do business with.

As officially called the Republic of India, India has always been a fascinating place from a multi-cultural and sociological viewpoint. The Indian culture is one of the most interesting in the world. The millennia-long history of the country is why many people are interested in knowing more about it.

The culture of India is associated with the historical development of studies in several fields, namely botany, palmistry, philosophy, etc. Hence, the Indian culture is known for its rich heritage and multifaceted civilization.

With an estimated population of 1.366 billion until 2019, India is a conglomerate of different peoples and ethnic groups, all marked with their distinctive cultural hues, languages, cuisines, and many more. We shall take a look at some of these aspects of the country in this article.

Literacy and Education in India

India is regarded as a rapidly developing country. Although India was deemed the pioneer in several educational fields during antiquity, it has a nearly 74.4% literacy rate as of 2018 for people with 15 years and above age group—way below the global literacy rate.

However, the literacy demographics are rapidly changing and moving up the curve; as of 1991, it was merely 61.01%—a drastic step-up of more than 13% in 27 years.

The Indian education system shows a significant disparity in instruction medium from one state to another due to the multi-linguistic culture. Hence, the primary language of the state is usually the first academic language.

English is one of India’s most prominent uses, and it is academically the most preferred language. Due to its global prominence and India’s pursuit of reaching new fronts, English medium education is the most sought-after from people of every class. For the high class or affluent group of people, English medium education is usually the indispensable choice for their academic curriculum.

Food and Cuisines in India

India is a land of delightful savoury dishes. The spiciness of food is the most typical and distinct feature of Indian cuisines found in India’s words. Indian dishes are popular for their condiment-loaded and aromatic characteristics, yet every dish comes with its own traditional and regional nuance.

Indian dishes are highly preferred worldwide because of their flavour, abundance, usage of spices and condiments, and nutritional aspects.

A commonly held notion that Indian dishes are usually vegetarian is wrong; Indian dishes offer us an assortment of options both in vegetarian and non-vegetarian options. Chicken, seafood, lamb, and mutton are the most usual options on the menu.

Here is the distribution of predominant food cultures across different regions of India.

When it comes to Indian dishes, Punjabi dishes have a distinct charm. They are highly delicious, and people worldwide and even abroad alike relish Pujabi dishes.

Just like any other region, dishes originating from Punjab are various in both vegetarian and non-vegetarian flavours.

Among the non-vegetarian cuisines, palak butter chicken, chicken tikka masala, hariyali chicken, palak gosht, and many more are the most available restaurant options.

All the dishes as mentioned above are spicy and savoury ones. One thing worth mentioning is that sweet Punjabi words are also highly delightful and widespread.

A small region in the state of Karnataka, Mangalore is popular for its rich food tradition. Along with Punjabi dishes, Mangalorean dishes are the most widely available in restaurants across India and abroad.

Enriched with highly quality spices and condiments, Mangalorean dishes are highly appetizing and tasty.
In the vegetarian options, neer dosa, kori roti, appam and chutney, kottige idli, patroled, and mango rasam are the most famous.

In the non-vegetarian cuisines option, you can find Mangalorean egg curry, crab ghee roast, chicken ghee roast, Mangalorean fish curry, and sukka chicken are the most oft-quoted and prevalent choices.

The south region of India is a combination of four south Indian states. The cuisines across the whole region carry a sense of standardness all across the south of India.

When talking about south Indian dishes, idli, dosa, masala dosa, medu vada, and appam are common. They all go along with coconut chutney and sambar. Chutneys made of tomato and other items are also highly enjoyed.

These are usually breakfast or snack items or common street foods.

When talking about non-vegetarian foodstuffs, there are not very many options. Hyderabadi biryani, usually made of chicken or mutton, is a typical dish both in availability and preference, originating from south India.

India is a multi-religious and multi-cultural nation, with various languages varying from one place to another.

India is home to diverse linguistic groups, with approximately more than 30 languages spoken in a single country. Most languages are of Indo-European families, primarily belonging to the country’s northern, western, middle, and north-eastern regions. In the southern region, however, the languages belong to the Dravidian family.

Besides, there are languages of several other origins spoken in some parts of the country. Below are some regions of India as divided in terms of the languages said.

Out of the total 22 official languages spoken in India, Hindi is the lingua franca. It is, therefore, the most widely spoken and compulsorily subject in schools in every state of the country, with minor exceptions.

Hindi, although commonly referred to as the colloquial form of the language, is, in fact, a general term for the language group. The Hindi language group encompasses several regional dialects like Bhojpuri, Haryanvi, Braj Bhasha, Bundeli, Garhwali, Kanauji, Bagri, Awadhi, and many more.

These languages have their subtle differences as the region in which they are spoken widely stretched, sometimes extending from one state to another, as in Bhojpuri, expressed in parts of Uttar Pradesh Bihar Jharkhand.

Bangla, or Bengali, is a language predominantly belonging to West Bengal. It is also an official language of Bangladesh. It is also said in other, abutting states like Jharkhand, Assam, and Tripura.

Some languages like Assamese and Oriya are highly intelligible with Bangla and is a collection of one language group by most linguists.

Like Hindi, Bangla is an Indo-European language and has its own distinct written form.

Punjabi is the language of Punjab in India and also in Pakistan. It is an Indo-European language somewhat distinctly related to Hindi. It has several dialects despite the relative smallness of the Punjab region of India.

Traditionally, Punjabi is written in Gurumukhi and Shahmukhi scripts. However, due to the vast diaspora of the Punjabi-speaking people, Devanagari and English scripts are also used in unofficial contexts, especially over the electronic media.

Dogri and several other Western Pahari languages have a high degree of intelligibility with Punjabi.

As with the country’s different traditions, there is a significant disparity in the traditional dresses of the other regions of India. There is, however, a substantial degree of commonness amongst the dressing styles across the different areas of India.

Traditionally, most Indians resorted to agriculture to earn their livelihood. Hence, related activities like pottery, smithery, and metallurgy were the most prevalent callings for most Indians. However, with India pushing the traditional boundaries and reaching new heights, urbanization is taking place at a fast pace in different parts of the country.

India’s pro-capitalism government is welcoming to the Western employment model, and many people in India’s urban regions are seeking employment in multinational companies across various industries.

Education in India, being highly affordable, gives excellent opportunities to those who acquire good academic merits or have good educational degrees. Working in an esteemed organization is usually aimed at moving abroad for work or permanent settlement.

The fast-paced job culture in India, in the urban regions, has its share of merits and demerits, namely good pay scales and job-related stress, respectively.

Due to the country’s relatively low economic status, many companies worldwide, especially from the Anglosphere, have deemed India their choice of destination for outsourcing their customer services and technical support needs.

With most companies, decision-making autonomy is the responsibility of the middle management. Business meetings usually start off by exchanging pleasantries before they get right to the heart of the matter. Business meetings might not always start on time, and this is something to bear in mind when planning your business.

It is easy to quickly develop a friendly working relationship with your colleagues here. The friendly nature of the people works to a business’s advantage because it creates a positive and friendly atmosphere. In such an environment, productivity levels are higher when the staff are happy to come to work.

What to Expect from Indian People

Respect for The Elders

India, like many other Asian countries, demonstrates a high level of respect toward its elders. This includes elder members of the family, community, and in the workplace. Therefore, you’ll find it a common sight to see the younger employees showing respect for their older team members.

In India, people greet each other by saying Namaste. This is often accompanied by the physical gesture of placing both their palms together and bowing the head slightly. In business dealings, handshakes are the customary way to greet each other among men and women, although you may say Namaste too.

Being Mindful of Personal Space

You will find that the locals are very expressive when it comes to body language. This is part of their communication process since not all messages are delivered verbally. However, certain gestures are considered rude in their culture. One example of this would be touching someone else’s head.

The locals also consider it rude to point fingers at someone or something. If there is a need to point at something, it is best to use your thumb instead of your finger to do it. It is also good to bear in mind that the locals consider it rude to show the soles of your shoes or feet to someone else. They consider this a very disrespectful gesture indeed.

India’s Diverse Culture Contributes to Development of the Country

India is a land of diverse culture, various languages, and delightful cuisines. Its multi-cultural valves have been highly contributory to its unique status on the global scale. Its rich history and pioneering nature in various fields of study make India a land of wonders. The urge for learning and liking for education amongst its people has raised the global education bar and has set a milestone in academic pursuit; most PhD holders working in the west are Indians. India’s warm job culture is highly welcoming for countries willing to open their customer service, sales, and technical support bases in India.